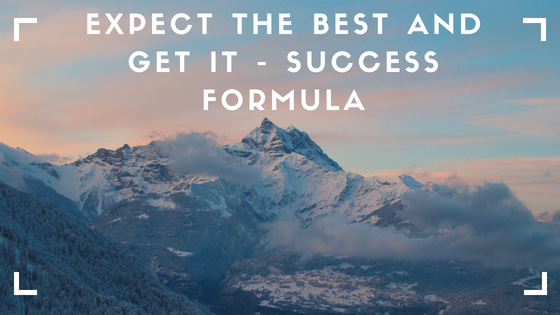 “All it takes is a change of perspective of things.”

A friend of mine once told me this, and it took me a few seconds to comprehend what I have heard. But once I heard it, that was it! I was determined to expect the best out of life in every possible situation no matter how hard and painful it seems at the moment.

Have you ever wondered how the rich get richer, and the poor get poorer? When I say rich, I don’t mean just in terms of finances and material possessions, but regarding happiness and spiritual wealth as well. The same applies to the poor ones.

It is their attitude.

The rich are looking at, and feeling the riches they have, and naturally, they expect more of the same. While the poor one is stuck with fear and worry that he is goings to be poor, therefore, he stays poor. If by any means the poor man changes his expectant attitude of mind he can make a switch and have a seat next to his rich fellow. 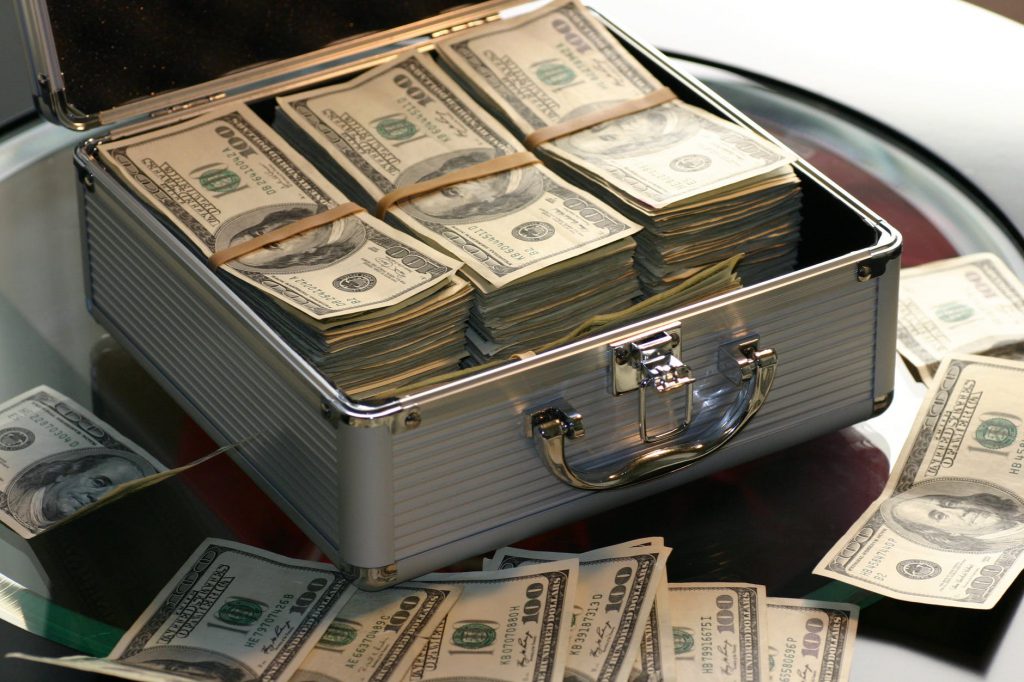 Every once in a while some crazy poor guy gets an IDEA to change his circumstances. Everyone tells him that he is crazy, but he knows that already. He is sick and tired of being poor, so he starts to expect the best. Eventually, he gets it. What happens in the time while he is on the way from negative to positive, only he knows. The rest of the world sees only his results.

This formula is not a secret. This formula is in use for hundreds of years by every person who gets the best out of life. Make sure you remember this and apply it to your life.

Change Your Attitude From Negative To Positive

Henry Ford was an uneducated man with just a few months of schooling. He was broke, and he had zero business connections. But, he had something that very few has. He had a positive attitude. Ford was not looking at his situation and downhearted himself because he is where he is. Instead, he was determined to hold a positive image in his mind and work on it and expect it until it becomes a reality. And today we can see the results of his expectation everywhere we turn.

Alber Einstein failed in math! Yet he is the one to thank for many discoveries in the world of physics. He didn’t let his report card to tell him who and what he is. He had two options, to accept the report card and consider himself as a failure, or he could say “I don’t care what the report card says. I know what I say.”

Arnold Schwarzenegger’s story can be described as the most positive success story in the last one hundred years. He brought nothing to America, except a hugely positive attitude, and of course, his muscles. Moreover, no matter what was going on around him, he expected the best things to happen, and ultimately, they did.

You too are quite able to do anything you set your mind to. You have two options when you look at your life. One is to downhearted yourself and stays at where you are, or you can fight back and imagine some great things for your self. Instead of focusing your mind on everything whats wrong, find at least one thing what is good and stick to it!

I know for a fact that our lives start to change when we change our mind first, and then if we thought right, it would turn in reality as well. A positive attitude takes time to develop, and the way to create it is to plant a definite IDEA in your mind, work on it, and expect the best to happen. You never know, you may get even more than you were planning.

Set a Definite Goal in Life

Here is where the power of goals comes into play. When you have a definite goal to work on, you have something to look forward to, you have something that keeps your mind safe from any misfortune that happens around you. The goals can be so powerful that they can defeat even the worst life situations.

Goals help you to create and maintain a positive attitude. Worry, doubt, and fear are always going to try to enter your mind. However, if you firmly plant goals in your mind, the old worry, uncertainty, and fear will bump into a sign that says “Sorry, occupied.”

Take a Risk and See Whats Going To Happen

Your goal is worthless if you don’t step out and do something about it. Even a small step like writing it down on a piece of paper can be actually a huge step forward.

People who make things happen, they don’t make them happen just by sitting and thinking about it. They take risks. They make steps forward, and sometimes even backward, but at least they are brave enough to make them.

To ensure your self that every step of the way will be forward,

Hold the Good With Your Power of Will

We are gifted with mental tools such as memory, imagination, reason, intuition, and willpower.

Memorize your goals every day until they become a part of your thinking process. Imagine them already happening. Use of imagination is free, so take advantage of it and dream a better life you deserve. Reasonably turn down anyone and anything who will try to hold you down. Your intuition will tell you who wishes you the best, and who or what to avoid to guard your mind.

Use your willpower to hold your thoughts on the confident expectation as much as you can! Whenever you slip down, you will have to engage your power of will to concentrate and focus on the definite goal.

Be Patient and Persistent

The road is long, and the goal line is far away. If you lose your patience, you will lose a chance for a better life. If you don’t persistently push forward no matter what is happening around you, you will lose.

Anyone who expects the best will get it as long as he or she doesn’t give up. That is something I convinced myself so many times through my own experiences or experiences of other people who were persistent enough to work on their goals until they come to life.

Repeat the Process of Expecting the Good

Every once in a while your expectation will drift away. Repeat the process. Keep reminding yourself that you are positive, keep your eye on your goals, always make a step to make it happen, never lose the will to get what you want from life, be persistent in every step you take.

Eventually, you will find yourself living a much better life that you were living before. Once you get there, set even bigger goals for yourself and go once again! Repeat the process as much as you can until positive expectation becomes a part of your way of thinking, a part of your life. Then you will have a key which opens every door in this world.

Make Most Out of Your Life. You Have Only One to Live!

Don’t be like the poor man from the beginning of the post. People who expect the worst things to happen to them, sooner or later they get what they expected.

Take control over your life, fill your mind with positive thoughts, fill your heart with faith, and make bold action forward. That is the only way how you can become a wealthy man from the beginning of the story.

I was one a poor man who expected only worst. My life was in a downward spiral leading me from failure to failure. It was hard, but once I made a decision to change my attitude my life changed rapidly. I begin to expect more and more good. Sometimes I was even afraid to wish for a good thing because it came too fast. However, once I have realized that I can cope with all the things that I throw in front of my self, I stopped to worry and fear.

The formula for the successful living works. I can tell you that. You will have to make the first step and convince yourself that it works for you too.

Expect the best and get it!

If you ever need a hand or have any questions, feel free to leave them below, and I will be more than happy to help you out.