Hello, and welcome to YourPersonalDevelopment.com, a site where you can start Creating Your World!

My name is Ivan, and I am just a regular person like you, or anybody else, who wants to improve his life. While ago I’ve started a big change in my life by taping into the word of personal development. Along the way, this curiosity of mine turned into an obsession.

How It All Started

The Beginning or First Great Decision

The story begins one day, a couple of years ago, when I was at my rock bottom, sitting (actually lying) on my couch. I was working for 500 Eur per month, living with my parents, with zero relationships in my life. Unconsciously I lead myself deeper and deeper into the life that I didn’t want.

At that point, as an individual who had no success at all, I made a decision. I wanted to create a better world for my self. But, I didn’t know how. I think however that was the first positive thought in my mind after a long time. Thirst for knowledge became big. The only thing I could do at that moment is to read something. So I’ve opened my first book, then the second one, and another one. Somehow the hidden potential in me was found. Shortly after, I found my self slowly and steadily becoming successful in all areas of my life (and still improving).

All thanks to one simple decision. 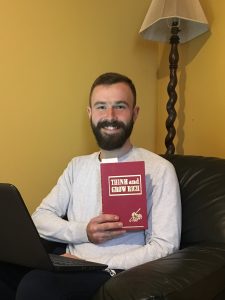 As a college dropout, I didn’t like the idea of studying at all. The decision of quitting the school brought me on the road towards the most significant change in my life. And as a blessing from God, it came very early.

For eight years I was wondering around looking for something to do with my life. Until that night on my couch. My friend Google gave me the best gift when I googled the word “success”. Somewhere is saw this the title of the book, “Think and Grow Rich.” The book was so appealing that I couldn’t resist. I bought it with little cash I had since I was broke as Croatia’s economy.

When the magic from the pages of Napoleon Hill started to reach my mind, it completely blew it away! The big shift happened, and that very moment the avalanche of changes have begun. Quickly I became a student of this book reading it over and over and over. I was attracted to it like a magnet, and I can say it became an addiction. The first positive addiction in my life. 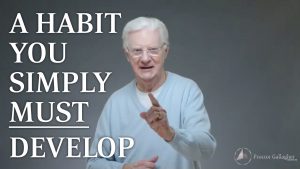 Just to make it clear straight away. I never met Mr. Bob, but I’m his devoted student. I never met him, but I have a feeling I know the man for all my life.

Sometime after my addiction with “Think and Grow Rich” started, I was hooked on to any material with powerful messages in it (books, videos, programs). YouTube videos became popular in my life. You know that stuff where successful people motivative you to do it as well.

The strangest thing happened when one day one video was sticking out of them all on the right side of my screen. It was some old guy in a blue sweater, with the message “A Habit You Simply Must Develop.” Knowing that I don’t have many (or any) good habits I thought, OK, why not? So I’ve opened the video.

At the beginning of the video, he mentions the book “Think And Grow Rich” and shares a short story about his life. I received such an impact of positive energy like I never felt before. Straight away I knew that I have to follow this guy. He has knowledge that I seek.

Now, at that moment I was not yet aware of my future decision. Let’s say that for some time I was recovering from the impact Bob Proctor did.

However, after some time spent studying his material, I’ve made the decision that I will do precisely what he is doing almost his whole life. I’m going to teach my self how to develop my potential, and down the road, I’m going to change other peoples lives. Unconsciously I’ve started almost simultaneously with both.

As I was changing my world, everybody around me felt the benefits as well. A discovery that was of such a beauty to me. Seeing the faces of my parents smiled again after decades of struggle, my brothers following me and asking for advice, friends, and coworkers listening to my opinion when needed… All of that brought me up to this moment.

The moment of starting this website to share my yet little knowledge with the rest of the world who is willing to listen to it.

My goal is to grow more I want everybody who wants the same to grow with me.

I would like to help you learn, unlearn, and relearn so you can CREATE YOUR WORLD.

Your Personal Development is mine too.